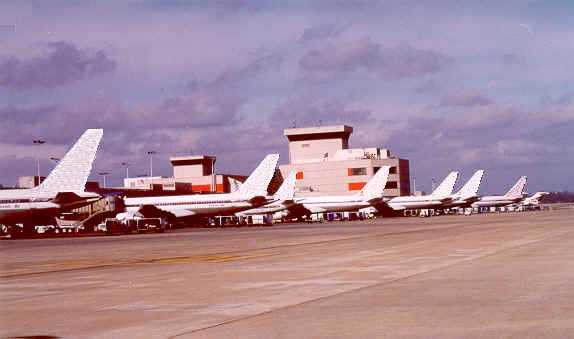 As compared to typical air conditioning systems, aircraft pre-conditioned air (PCA) systems are one of the most demanding applications of thermal energy storage (TES).  In addition to extreme design conditions, PCA systems may cycle several times each day, 365 days per year as compared to typical TES systems that often only cycle on once a day, five days per week during cooling seasons.   Even with this demanding service, there have been no, zero, problems reported with the Cryogel Ice Balls™ since installations began in 1996.
More than a dozen systems using Cryogel Ice Balls have been installed at international airports in Atlanta, Miami, San Francisco, Los Angeles, Chicago, and Phoenix.   One international airport alone has six Cryogel systems including a 9,500 ton hour system for standard air conditioning service.  Repeat installations at airports are strong indications of economical operation and reliability of Ice Balls in the combined PCA/TES concept.
Everyone is aware of that little nozzle above your head blasting out cold air while you are sitting at the terminal waiting to depart.  How do they do that?  How can they afford to keep so many people cool in a confined space with the doors open?  The answers can be found with centralized PCA and TES.

In the past, an airplane’s auxiliary power unit (APU) was called upon to supply cooling. The APU is a small jet engine designed to provide cooling, electrical power and, in some cases, power to start the main engines. The APU engines consume between 35 and 120 gallons of jet fuel per hour. In addition to high fuel costs, the APU is subject to costly FAA approved maintenance based on hours of operation. 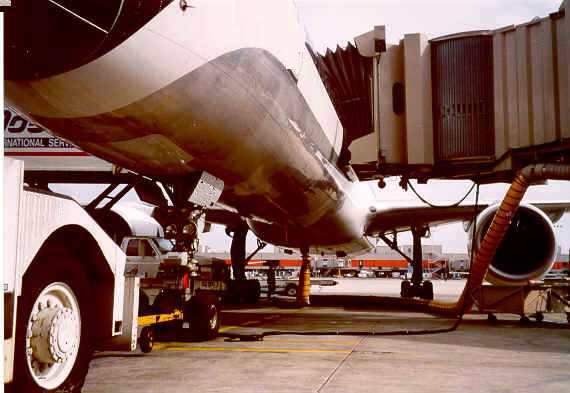 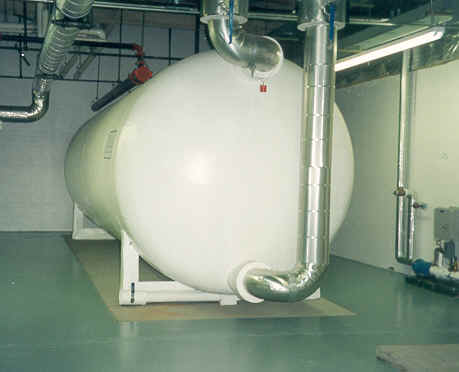 The economics and practical requirements to shift air conditioning loads away from costly APU engines led to development of the PCA system. Chiller life and economics of electrical power to run PCA chillers led to the addition of thermal energy storage.


TES helps to minimize chiller cycling thereby improving chiller reliability and reducing maintenance costs. Thermal storage not only flattens the peak loads inherent with such applications but also allows the use of lower cost off-peak electricity to charge the system at night.
Design considerations include those associated with high short-term loads imposed on the system while aircraft are parked – followed by low-load conditions when the planes depart. In addition to the “peaky” intermittent demands for cooling, PCA systems normally use 100% outside air.  Of course, this means very warm and often very humid air must be cooled without recirculation – the doors of the aircraft may be open.

To accomplish the task of managing such extremes in an economical manner, water-cooled industrial grade chillers are combined with thermal energy storage in a central low temperature glycol loop. The system supplies multiple aircraft with relatively high-pressure air (22 inches of water) at the low temperature of approximately 30°F. In order to meet such unusual conditions, cold fluid from the glycol based TES system is delivered at about 20°F. Exact details of the low temperature water-ice process are proprietary with the key system components and Cryogel Ice Ball™ thermal storage media protected by patents.

These PCA/TES systems offer the economics and efficiencies of central cooling for a diversified load of multiple aircraft – combined with the reliability of Cryogel Ice Balls.